We got to the protest about 90 minutes after it started and it was still going strong. There was a good couple hundred people there, with happy chanting, cheers when supportive people in cars passed by. There was an overwhelming wave, and I hope I don't sound too hippie here, of love and joy in the air. I've posted the other pictures I took today at a Flickr page here, and I've chosen a few for the blog. 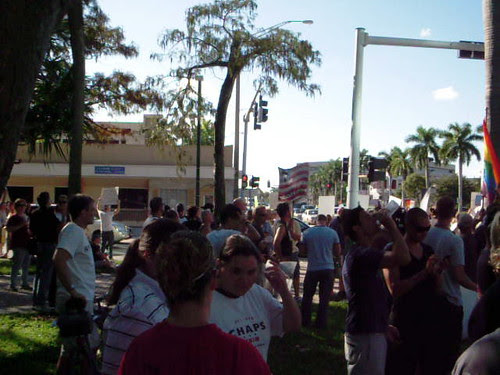 This was an early one of the crowd. They lined an entire city block and wrapped around to one side, in places 4 or 5 people deep, many with signs and with a number of rainbow flags. 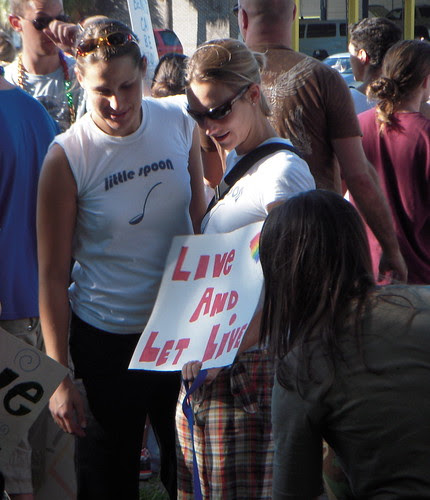 When I saw this woman, I immediately thought of Melissa McEwan's teaspoons, and even though I have no idea if that's what the wearer meant with the shirt, it was a good note for the day. Side note: if you're a Shakesville reader, then drop by over there and share some love and some coin if you have it. 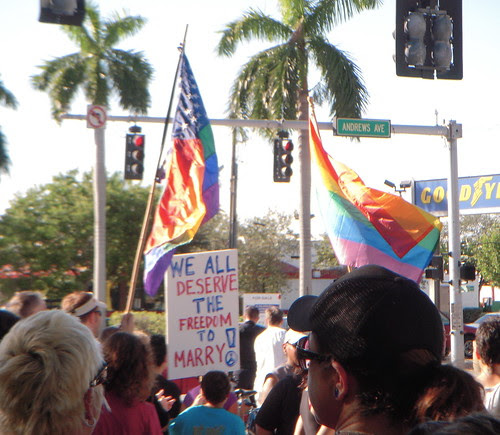 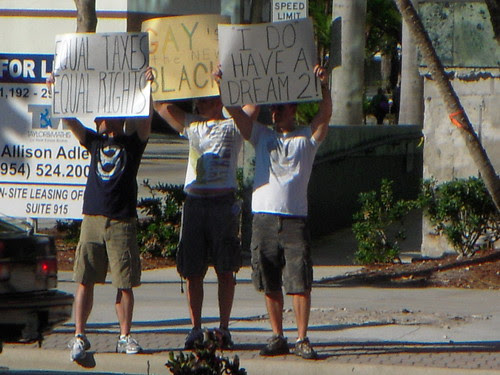 These were guys across the street, trying to get responses from westbound traffic. I got lucky with this shot, as the two previous tries I'd gotten blocked by traffic. 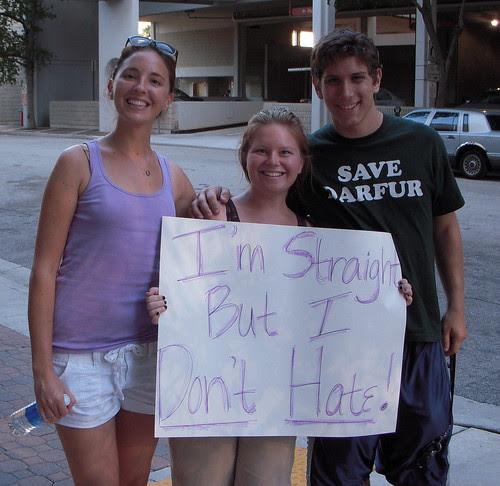 As we were leaving, I ran into a former student of mine who had been at the protest earlier and was returning with a sign. I was quite pleased to see her.

It was a good turnout, and I was proud of my fellow Lauderdalians (is that a word? Firefox says no). One of the really good things to hear was the chant "black, white, gay, straight, we do not discriminate!" rising from the crowd every few minutes. There's been a lot in the news for the last week about tensions between the black and gay communities (with black gays being caught in the crossfire) over the perception passed along by CNN and others that blacks were responsible for the passage of Prop 8 in California. There was none of that here, and in fact there were a large number of people of color in the crowd, chanting and waving signs and cheering when cars honked.

Feel free to use the comments to tell us of your experiences at the Join the Impact protests today, or share other stories.