The NYTimes has a story on using the visit of the New Pope (TM) to recruit new priests. It includes some images of posters that have been made up to convince young people to join up. Including this one: 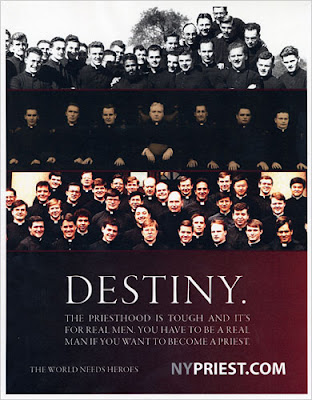 Is it just me or does this seem like the kind of thing that Dougal and Father Ted would come up with? Picture Dougal's voice: "The priesthood is tough and it's for real men. You have to be a real man if you want to become a priest. Ah, no one would believe that, now would they, Ted?" 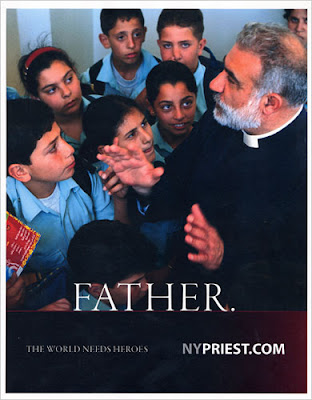 I thought I was done with this, but then I took a second look at this other poster. Notice the boy's head between the father's knees, and then ask what that man is getting ready to do with his hands. I think the problem is that instead of hiring an ad company, they just let the priests make the ads -- and some of their Freud is slipping out.