On Darkness as Evil

There's a diary on the Rec List at Kos that may spell the end to Hillary Clinton's campaign, no matter what happens today in Texas and Ohio. Here's the controversy, boiled down to a single image. 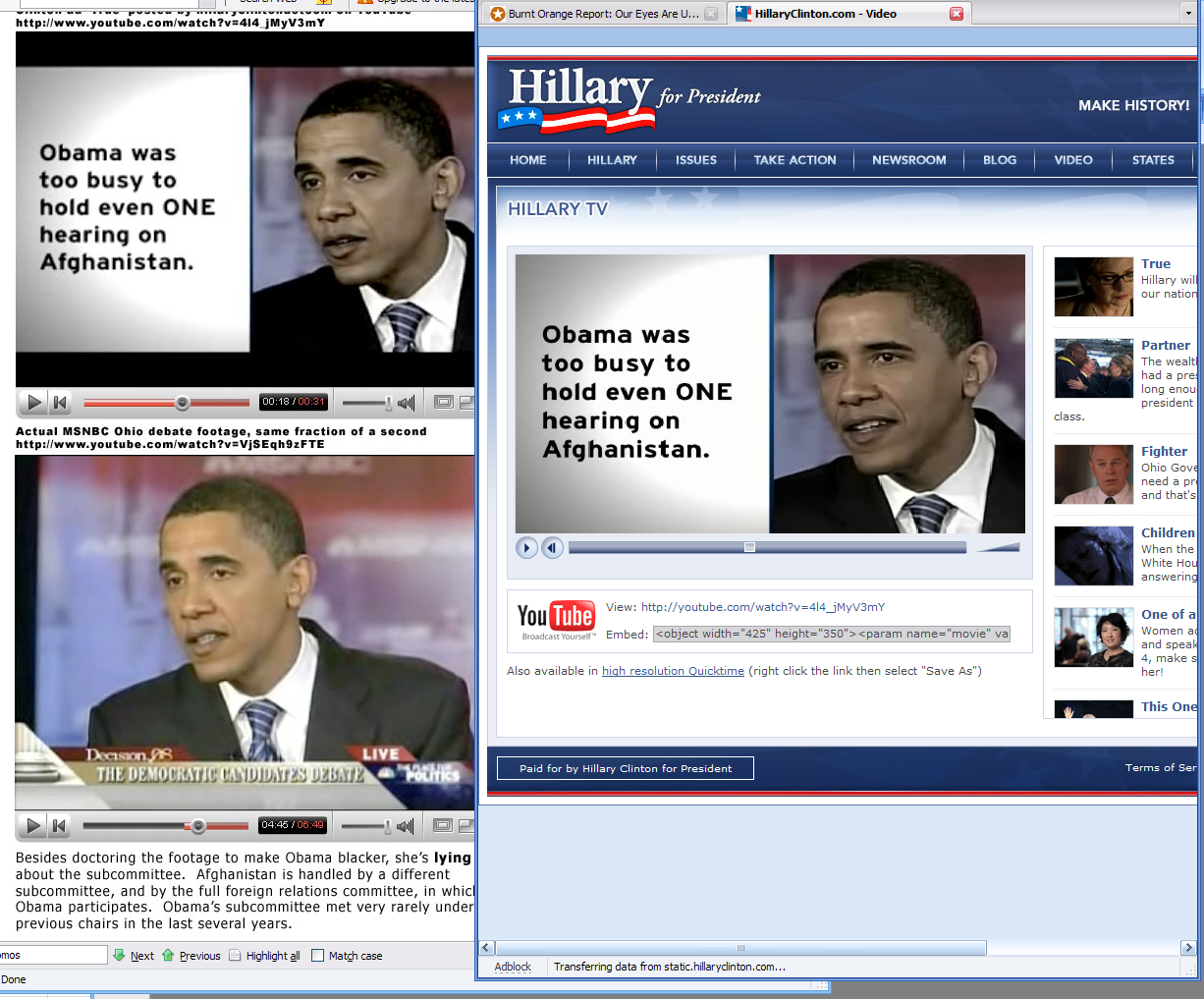 The claim, being made by many in the comments, is that the Clinton campaign intentionally darkened Obama's face to make him look blacker, which would presumably make him look less attractive as a candidate to unconsciously racist voters. The commenters are most compelling when they talk about how the image was changed, less so when they begin to impute motives as to why the image was changed. The most common defense in the nearly 600 comments--and precious few of them were defenses, by the way--was that even if the image was altered, it wasn't racist because it's the sort of thing that's done in all campaigns. You find a bad photo of your opponent, crank up the contrast and peel out some color to make the person look more sinister. The only reason this seems different, they say, is because of Obama's ethnicity.

But even if that weren't a highly naive way to look at it--Obama's ethnicity makes all the difference here--the overall problem goes deeper. The problem is well illustrated in this scene from Spike Lee's film X.

It's something that's so deeply imbedded in our culture--in our language--that we don't even think about it any more. Dark is bad, and darker is worse, according to our culture, because we've been trained that way practically since birth. This case, if it turns out to be accurate, is more blatant because it's playing on prejudices toward African-Americans, much like Jesse Helms's infamous Hands ad did (only a little more subtly), but even if this tactic were being used against a white opponent, say, Hillary Clinton, it would still be wrong because it's reinforcing that stereotype that black is bad.

We have to break out of this mindset, and I really don't know how to do it, other than to call this kind of stuff out when I see it, and to change my own behavior as needed.