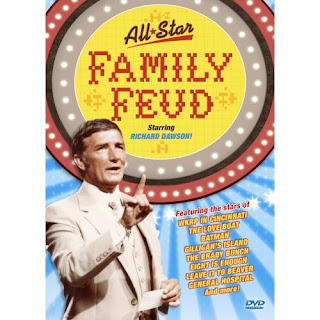 Those of you coming here for insightful post-Super Tuesday commentary might want to come back later-- maybe Brian or Amy will have something smart to say. Because I've found something more interesting than the presidential election: a four-disc set of All-Star Family Feud!

How badly do I need to see Howard Hesseman, Betty White, Ted Lange, Katherine Helmond, and Norman Fell bantering with Richard Dawson? About as badly Richard Dawson felt he needed to give "friendly" kisses to Catherine Bach and Loni Anderson-- which is to say, pretty fucking badly.

Go ahead. Judge me. Survey says this is awesome.

Labels: Awesome Awesomeness for the Sake of Being Awesome, celebrities, Family Feud