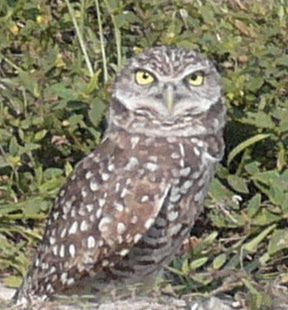 There's a bigger football game concerning the Incertii this evening--the Missouri Tigers, of which Bradley and Emily are alumni, are playing the OU Sooners for their conference title, and if they win, will play for the BCS Championship. If you don't follow college football, don't sweat it--just trust me when I say that, for fans, it's a big deal. For us, a little less so, and certainly not as important as the blog post directly above this one.

For the FAU Mighty Burrow Owls, this is as big a football deal as you can imagine, however. FAU went to Troy, Alabama, and won a game they were supposed to lose by more than 2 touchdowns, and will be going, as the Sun Belt Champions, to the New Orleans Bowl. At some point, Ted Hutton will have an update on the Sun-Sentinel's FAU Sports blog (which I didn't even know existed until last week), and there will be an AP story I can link to that will give the bare bones of the story.

This also marks a sea change in Florida football, which for the last couple of decades has been dominated by three teams--the UF Gators, the FSU Seminoles, and the Miami Hurricanes. UF is still a big deal, coming in at number 11 in the official Incertus Football Poll, but the next Florida school to make an appearance, and the only other one in the top 25, is USF, from Tampa. Florida State? Number 40. But UCF--that's Central Florida, is number 36, and just won the Conference USA Championship today. FAU is at 71, and will no doubt rise a good deal after today's win, and that puts them two slots ahead of the Miami Hurricanes, whose season is over.