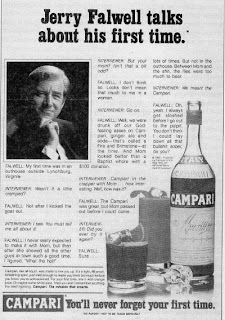 I'm certainly not going to miss him. The early reports are about what you'd expect Founder of Moral Majority, Founder of Liberty University, but so far, nothing about his post 9/11 statements blaming liberals for the attacks, nothing about the way he helped poison the political atmosphere for the last 30 years, none of that stuff so far.

But I'm sure that will all come out in the coming weeks, and that the mainstream media won't lionize this man, right? Right?

I do, however, expect to see a lot of "The People Versus Larry Flynt" on cable/satellite for the next few weeks.