Via Shakespeare's Sister, I give you Michael Medved's take on Tim Hardaway's gay-bashing: 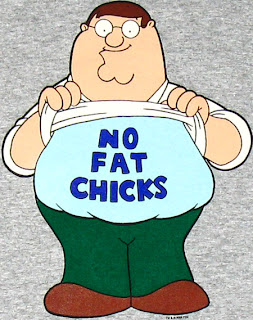 The ill-favored, grossly overweight female is the right counterpart to a gay male because, like the homosexual, she causes discomfort due to the fact that attraction can only operate in one direction. She might well feel drawn to the straight guys with whom she’s grouped, while they feel downright repulsed at the very idea of sex with her.

I don't know who's smarter--Medved or Peter Griffin.