Do you think this guy wears one of those "FBI: Female Body Inspector" t-shirts to a bar, and then tries to perform a citizen's arrest on a hot chick?

LONGMONT, Colo. - A man claiming to be a police detective tried to get an adult novelty shop to give him free X-rated videos, saying he wanted to make sure the performers weren't underage, authorities said.

He made three tries within nine days last month and was turned down each time. The store manager called police after the third try.

Authorities said Monday that the man showed a badge and left a business card from the Longmont police "age verification unit." Cmdr. Tim Lewis said there is no such unit.

Maybe he belongs to this unit. 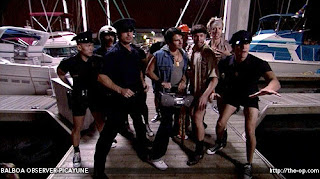